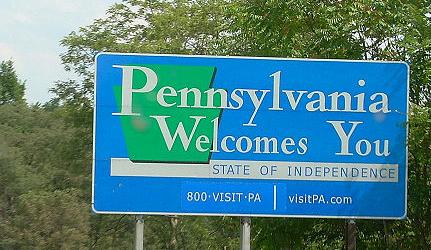 One of the 13 British colonies that declared independence , Pennsylvania was originally founded in 1681 as a result of a royal land grant to William Penn, the son of the state's namesake. During the American Civil War, the Battle of Gettysburg, which turned the tide of the war, was fought in the south central region of the state. There's so much fascinating history to learn about Pennsylvania!

If you're involved in tourism in Pennsylvania, make sure you purchase the Flash-Card Pennsylvania domain name before somebody else does!

It will feed into our Flash-Card Mania Web APP, which people from around the world will use to learn about Pennsylvania before travelling there. We believe that people who learn about a destination before making a visit, enjoy their trip more and talk about it long after they've returned home. Flash-Cards make it easy to keep travel facts top of mind so that travel stories are always fresh!

Flash-Card Pennsylvania is part of our Flash-Card Travel project.