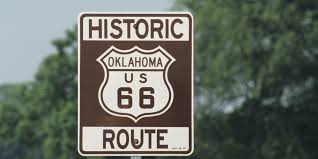 The name Oklahoma comes from the Choctaw phrase okla humma, literally meaning red people. Choctaw Chief Allen Wright suggested the name in 1866 during treaty negotiations with the federal government regarding the use of Indian Territory. Oklahoma later became the de facto name for Oklahoma Territory, and it was officially approved in 1890, two years after the area was opened to white settlers.

Are you involved in tourism in Oklahoma? Be the first and only one to own the Flash-Card Oklahoma domain name! It will feed into our Flash-Card Mania Web APP, as part of our Flash-Card Travel initiative.

We believe that people who learn about a destination before travelling enjoy their trip more and talk about it long after they've returned home. Flash-Cards make it very easy to brush up on details and keep travel stories fresh!