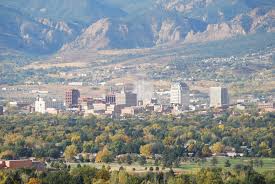 Colorado is nicknamed the Centennial State because it became a state in the same year as the centennial of the United States Declaration of Independence. On August 1, 1876, U.S. President Ulysses S. Grant signed Proclamation 230 admitting Colorado to the Union as the 38th state.

The summit of Mount Elbert at 14,440 feet elevation in Lake County is the highest point in Colorado and the Rocky Mountains of North America. Colorado is the only U.S. state that lies entirely above 1000 meters elevation. Indeed, the mountains of Colorado are what inspired John Denver to pen his hit song, Rocky Mountain High. He so loved the mountain state, that he even adopted the surname Denver after the capital.